Currently, persistent data in applications is stored in some external storage like a local network or cloud file system for unstructured data or, in the case of structured data, a database. The role of the database is usually handled by a relational database management system (RDBMS).

Wikipedia states, “RDBMSs have become a predominant choice for the storage of information in new databases used for financial records, manufacturing and logistical information, personnel data, and much more since the 1980s”.

But, is there a need for a different way to store and retrieve data?

RDBMSs operate with a relational model defined by schema, where each table is a strictly defined collection of rows and columns and a relationship can then be established between each row in one table and a row in another table. Relational data can be queried and manipulated by using SQL query language.

But what if it is inconvenient to store data in the form of table(s) or we have other kind of relationships between records and want to quickly access the data? The emerging alternative is NoSQL.

Again, let’s use the definition from Wikipedia, “A NoSQL or Not Only SQL database provides a mechanism for storage and retrieval of data that is modeled in means other than the tabular relations used in relational databases.”

It seems NoSQL is characterized more by what it is not as there is no strict technical definition of what it is and how to implement it. Still, there are some shared features present in most NoSQL database solutions:

Different NoSQL solutions seem to focus on different sets of features, and these solutions have been rapidly increasing over the last few years.

But first let's examine why people stray from RDBMS.

What is SQL Not Good For?

Arguably the biggest problem for developers using relational databases is the object-relational impedance mismatch. SQL queries are not well suited for the object oriented data structures that are used in most applications now.

Another closely related issue is storing or retrieving an object with all relevant data. Some application operations require multiple and/or very complex queries. In that case, data mapping and query generation complexity raises too much and becomes difficult to maintain on the application side.

Some of these problems may be tempered by various Object-relational mapping (ORM) frameworks, but it still requires a lot of development effort to work around most of performance and data access complexity issues.

For various reasons, an alternative, object databases (OODBMS), did not gain much popularity in replacing relational databases. However, most object oriented databases may be considered NoSQL solutions too, and may even be reinvigorated on the wave of rising NoSQL popularity.

Another set of problems that relational databases struggle with is related to an exponentially increasing amount of data. The direct consequence is the so-called big data problem. This problem arises when standard SQL query operations do not have acceptable performances, especially when transactions are involved. 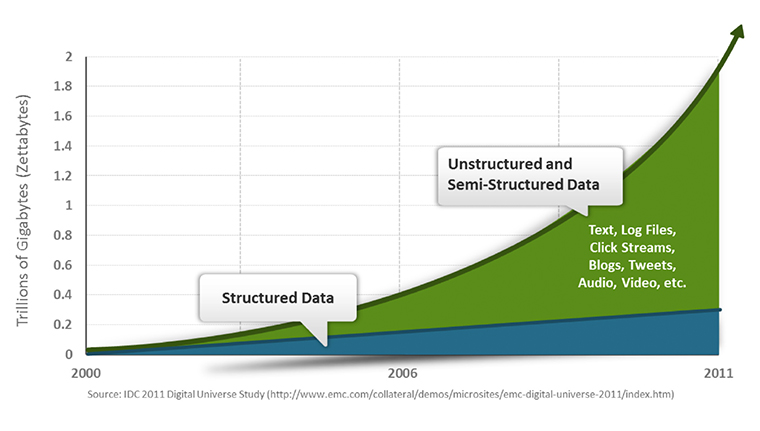 Trying to cope with such a large amount of data by scaling RDBMS servers leads to configuration and maintainability issues. 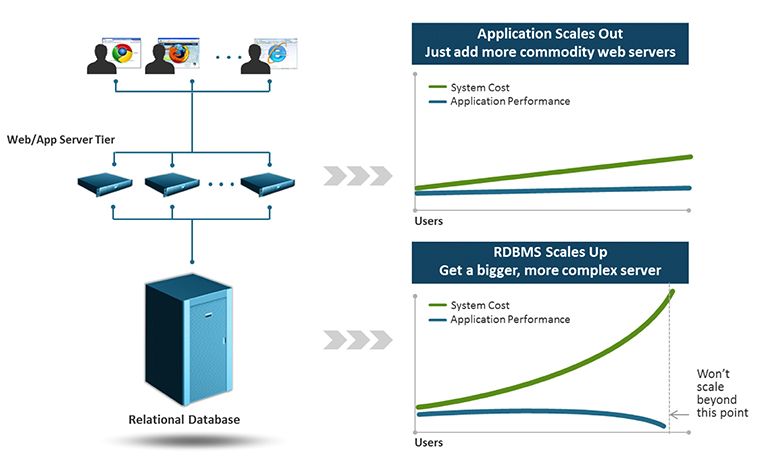 Now let’s take a look at what NoSQL has to offer.

What NoSQL is Good For

A major difference from relational databases is the lack of explicit data scheme. NoSQL databases infer scheme from stored data, if it requires it at all, depending on which model was used.

The main benefit of using different data models is that they are very good at what they do. At the same time, don’t force them to do something they aren’t designed for. This means that it is of the upmost importance to understand and correctly use the data model when choosing NoSQL solutions.

Generally, data models in NoSQL are grouped into four categories. However, particular NoSQL solutions may incorporate several models at once.

K-V store is the simplest data model. Technically it is just a distributed persistent associative array. The key is a unique identifier for a value, which can be any data application needs stored.

This model is also the fastest way to get data by known key, but without the flexibility of more advanced querying.

It may be used for data sharing between application instances like distributed cache or to store user session data.

Document store is a data model for storing semi-structured document object data and metadata. The JSON format is normally used to represent such objects.

Documents can be queried by their properties in a similar manner to relational databases but aren’t required to adhere to the strict structure of a database table. Additionally, only parts of the object may be requested or updated.

Generally speaking, document stores are used for aggregate objects that have no shared complex data between them and to quickly search or filter by some object properties.

A more advanced K-V store data model is a column family. These are used for organizing data based on individual columns where actual data is used as a key to refer to whole data collections. It is similar to a relational database index, however a column family may be an arbitrary collection of columns. There are more complex aggregation structures like super columns and super column families to allow access to the data by several keys.

This particular approach is used for very large scalable databases to greatly reduce time for searching data. It is rarely used outside of enterprise level applications.

As the name implies, this data model allows objects to link and be linked by several other objects thus constructing a graph structure. Links usually have additional properties to describe the relation between objects. 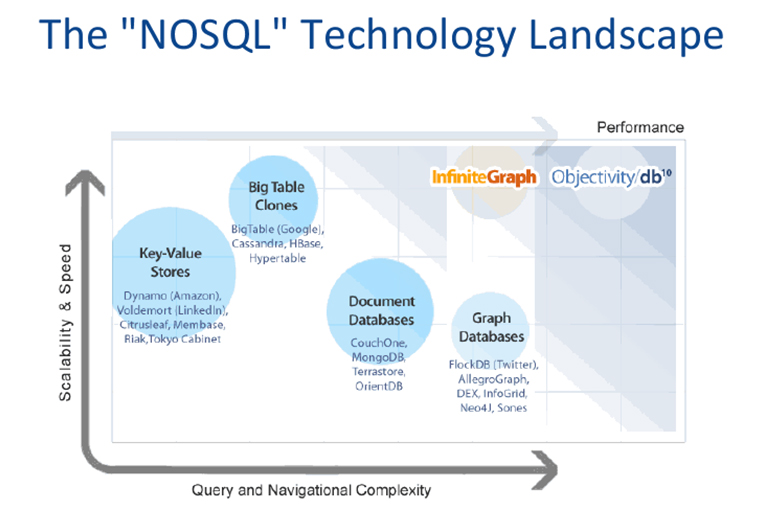 Transactions and Consistency in NoSQL

Many NoSQL solutions compromise consistency (in the sense of the CAP theorem) in favor of availability, scalability and partition tolerance. On the other hand, some NoSQL solutions may allow you to specify what level of consistency should be applied for particular operation and some even fully support ACID transactions.

However in the case of key-value or document store data models, transaction consistency is rarely needed as most operations are by definition atomic.

Quick Preview of Some NoSQL Solutions

Here is a quick preview of some NoSQL solutions we are planning to use or already trying out. We are also particularly interested in integrating them with Azure Cloud.

Redis, REmote DIctionary Server, it is an open source, BSD licensed, advanced key-value store. It is often referred to as a data structure server since keys can contain strings, hashes, lists, sets and sorted sets.

Redis allows a user to set an expiration time for key-value pairs and requires all stored data to fit into a server RAM. Clearly, it is designed to be used as a distributed caching and session service.

Data storage in RAM allows very fast read/write operations. Furthermore, data is persisted to a disk and in the case of a server restart can be restored back to RAM for quick access.

The approximate memory usage provided by Redis developers are:

Various useful atomic operations are supported like increment and decrement for integer values.

Documents are saved in a BSON format (binary JSON) and field values aside from the usual JSON types can include other documents, arrays and arrays of documents. Every field can be indexed and queried.

MongoDB has a write lock support which blocks all other operations, including reads.

MangoDB is able to be used as primary storage for CMS content.

It uses JSON for document storage and REST for API. Field values are restricted to standard JSON types.

CouchDB provides ACID transaction semantics meaning that it can handle a high volume of concurrent readers and writers without conflict. CouchDB also guarantees eventual consistency to be able to provide both availability and partition tolerance.

Aggregation in CouchDB is done by using a specialized view model similar to  a map-reduce system, and is continuously updated and processed in parallel.

CouchDB is a perfect candidate for usage on mobile devices and client side focused web browser applications.

There is a need to emphasize the fact that NoSQL solutions will not offer some “miracle cure” for all application data handling requirements. These are tools designed for specific purposes with their own advantages and disadvantages.