Editor's Note: This post was originally published in August 2013, and has been updated for accuracy and comprehensiveness.

You are in trouble if you find any of the following in your software development process: 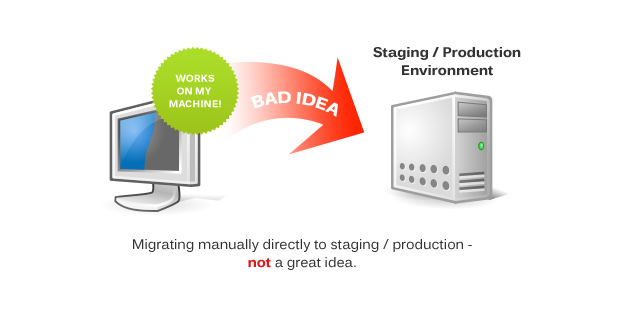 Fear not – even if you are feverishly nodding in agreement this article should help you correct your course.

A Better Way to Develop Software

Here is a general list of best practices that software developers across various industries and fields should be aware of and follow:

Database schema changes and corresponding code changes must always be deployed together. While deploying software to an environment, code files and libraries may usually be deleted or overwritten. Database files, however, must be intelligently manipulated so as not to destroy vital business data.

The setup of a Continuous Integration and Continuous Deployment environment adds a certain overhead to the project but the benefits far outweigh it. Collaboration between developers becomes simpler with less time spent on environment and database synchronization. Testing and deployment drops in complexity and last minute surprise issues and burning fixes practically disappear.