Elon Musk, Tesla, and the War on Patent Trolls

Elon Musk, Tesla, and the War on Patent Trolls

“Given that annual new vehicle production is approaching 100 million per year and the global fleet is approximately 2 billion cars, it is impossible for Tesla to build electric cars fast enough to address the carbon crisis.”

These are the exact words that Elon Musk, CEO and Chief Product Architect of Tesla Motors, used in a recent blog post to Tesla’s website. The post itself was an announcement; that in the name of innovation and in the spirit of open source, Tesla Motors’ will not initiate patent lawsuits against anyone who wants to use their technology “in good faith” going forward. This is obviously huge news in the automotive industry, but holds parallel significance to any industry that falls under the tech umbrella, including software.

If you follow Musk’s blog post to the letter, then you might believe his intentions and motivation in opening up Tesla’s patents to be rooted mostly in the altruistic hopes of phasing out climate change. Musk also cites more generic benefits that the world could see from a more common, rapidly-evolving technological platform as well, such as innovation and progress.

None of these things are untrue. The decision to let go of the patents comes from the fact that, in regard to their own tech, open-sourcing would not mean that major car companies would overwhelm Tesla with their greater supply chain and manufacturing capabilities, but rather that electric car programs would flourish and the world would be better off as a result. As of right now, the market for electric cars hasn’t quite evolved the way Tesla apparently thought it would.

It won’t all be easy sledding, though. If this plays out positively for Tesla, Musk will have accelerated a radical, market-disrupting shift. Not only could competing automotive manufacturers see a scenario that has them either conforming to this new paradigm or losing market share, but the entire supply chain will also be affected in different ways. For a quick example, consider the potential business oil and gas companies will lose if the market for electric cars erupts. Furthermore, Tesla takes an innovative approach to selling vehicles by doing direct online and direct sales, a method that does not make dealership associations happy. Tesla can expect plenty of opposition. 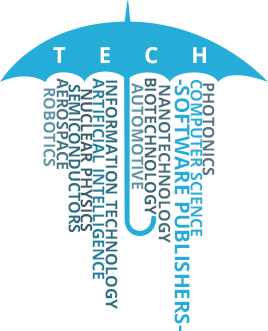 So how do the concepts, ideas and implications at play with Tesla in the automotive industry relate to the software industry? For one, open-source is nothing new to the software industry (you’ve heard of Linux), and it’s something that is generally embraced and accepted. Take, for example, Devbridge’s own free, open-source CMS, Better CMS. Better CMS is strong and user-friendly, something you wouldn’t typically find elsewhere on the Microsoft Platform from any CMS. The high levels of usability, customizability and raw power come from the benefits of developing open-source software.

On the other hand, patent trolling has become a serious issue in the software industry. As recent as three years ago, over 5,000 firms were named as defendants in patent troll lawsuits, according to the Washington Post. That’s approximately $29 billion out-of-pocket in defense against frivolous lawsuits overall. A good majority of the explosion of patent lawsuits took place within the software industry, targeting everything from mobile app developers to broad software concepts, and can be attributed to the increase in software patents that have been filed over the past 20 years.

Some of these lawsuits stem from other technologies with patents that were written with vague language. Patent trolls use this vague language, applying it to new software, bringing litigation accordingly. On the other hand, software is rarely tied to a tangible object, and instead closely linked to a general concept, opening up interpretations and laying the ground work for frivolous claims.

So what can a technology company, particularly one that specializes in software development, take from Elon Musk’s newfound zest for open-sourcing? Well, the true impact of Tesla’s promised inaction toward anyone who uses their technology is still unknown, but it could go one of a few different ways. If Musk opts to follow the likes of Google or Twitter, companies that approach patents for software in a progressive manner, there may be something to it. Google and Twitter take steps in their policies to ensure that engineers can’t later use their work for patent trolling, something Musk could consider doing.

However, if Tesla’s patents are ignored once they legally expire, there could be something to worry about. For a parallel of this situation, take the actions of Microsoft for example. Upon expiration of a bunch of Nortel’s patents, Microsoft bought up those patents and then turned around and sued Google for infringement. This is relevant because Microsoft, like Tesla now promises, had never taken any patent-based law action prior. With this in mind, you have to wonder what Tesla will do with these patents in the future, if the market improves.

We’re watching closely. If Tesla is successful and their efforts turn in to real progress within the automotive industry and in terms of climate change, we can apply the lessons we’ve learned to patent reform in software to combat the burden of dealing with frivolous lawsuits. We have even seen huge progress as recent as June 19, in which the Supreme Court ruled that software patents that cover “abstract ideas” are invalid.

In the end, the fact remains. The opening of Tesla’s patents, as well as the emergence of open-source concepts across many different tech fields, are good things from a progress and innovation stand point. It represents a free-flow of information and a broader spectrum to work from, resulting in a better overall product. It could mean a great improvement to our own industry from a patent law standpoint, and most importantly, it could improve the state of business in general and the state of world’s ecosystem in greatly positive ways. For these reasons, we applaud Elon Musk.